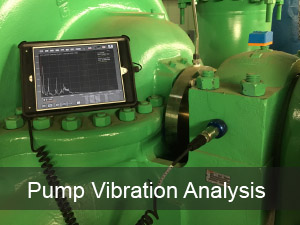 The results and conclusions are reported of a test program that studied the effects that increasing amounts of parallel misalignment had upon pump vibration levels using different style couplings. The test setup used during the program and the test procedure followed to assure equal testing conditions for all the couplings are described. A total of nine different style couplings were tested.

One metal coupling was able to withstand a large amount of misalignment without causing a significant increase in the pump vibration level. Couplings using an elastomeric type insert tend not to increase the pump vibration levels when misaligned but do so at the cost of their useful life. Unbalance appears to be more of a problem with elastomeric couplings than with metal type couplings.

Motor to pump alignment has always been a topic of interest to pump users, especially when vibration problems occur with a pump installation. Excessive pump or motor vibrations cause bearing failures, pipe breakage, cracked foundations and low meantime between failures (MTBF) of pump or motor parts. One variable in those discussions is the different types of couplings used. How much misalignment can a certain type of coupling withstand without degrading its performance or inducing unacceptable pump and/or motor vibrations? There have been pump vibration problems which appeared to be induced by the pump but, upon investigation, excessive misalignment or coupling unbalance were identified as the cause.

A test program was undertaken to study the changes in the pump vibration levels due to increasing amounts of motor-to-pump misalignment when using different style couplings. This report presents the equipment used, test procedure followed, results obtained, a discussion about the results and the author’s conclusions.

This test program was not intended to determine and recommend the coupling which could withstand the most misalignment without adversely affecting the pump vibration level. To select such a coupling would not always be the best approach to solve a pump vibration problem. Industry presently has good design, installation and maintenance practices for piping, bedplates, pumps and motors. These practices must be followed to assure the best motor/pump setup possible to minimize misalignment and unbalanced induced vibrations. 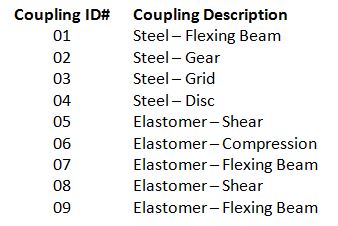 An ANSI style 2×3-10 pump with a maximum diameter impeller was selected for this test program. A 100HP, 3560 RPM, 365 TS frame induction motor was chosen as the driver. The motor was mounted on an adjustable motor base. The motor base was mounted on the pump/motor baseplate so that only motor movement perpendicular to the pump shaft axis could occur.

It would be prohibitive to test each style coupling by each manufacturers. Therefore, nine different couplings were chosen by their type, style, material of construction and use as pump-to-motor couplings. The couplings were sized to ensure they were loaded to between 50 to 100 percent of their published maximum continuous load carrying capacity — see list above.

A dial indicator mounted on the adjustable motor base was used to measure the amount of parallel misalignment.

The pump, motor and baseplate were set up (Figure 1) on a closed loop tank facility. Special attention was given to assure proper installation of the baseplate, pump and motor. Once installed, it was not altered throughout this test program. The motor to pump alignment was performed using the rim and face alignment method [1]. Parallel and angular misalignment were reduced to less than 0.003 in total indicated runout (TIR). This alignment procedure was performed before each coupling was tested.

The motor was started and the pump was adjusted to its best efficiency point (BEP). The BEP condition for the ANSI 2×3-10 pump is 425 gallons per minute (GPM), 400 ft of head an 65HP. The pump was allowed to run for a minimum of 10 minutes before any test data was taken.

The overall (unfiltered) vibration level in inches per second peak (ips-P) was measured with a vibration analyzer. A vibration amplitude versus frequency (0-500 Hz) spectrum was also taken with the analyzer. All vibration data was taken on the thrust end of the bearing frame in the horizontal direction. The motor was incrementally misaligned using the adjustable baseplate. The amount of misalignment, overall vibration level and spectrum plot were recorded at each increment of misalignment.

The pump’s overall vibration levels listed in Table 1 were acquired during each coupling test at each of its misalignment increments.

A list of the coupling manufacturer’s recommended maximum parallel misalignment appears in Table 2. This value should not be exceeded in order to maintain the expected life of the coupling. A bar graph is depicted in Figure 2 of the initial overall vibration level for each coupling obtained while the motor was accurately aligned to the pump. 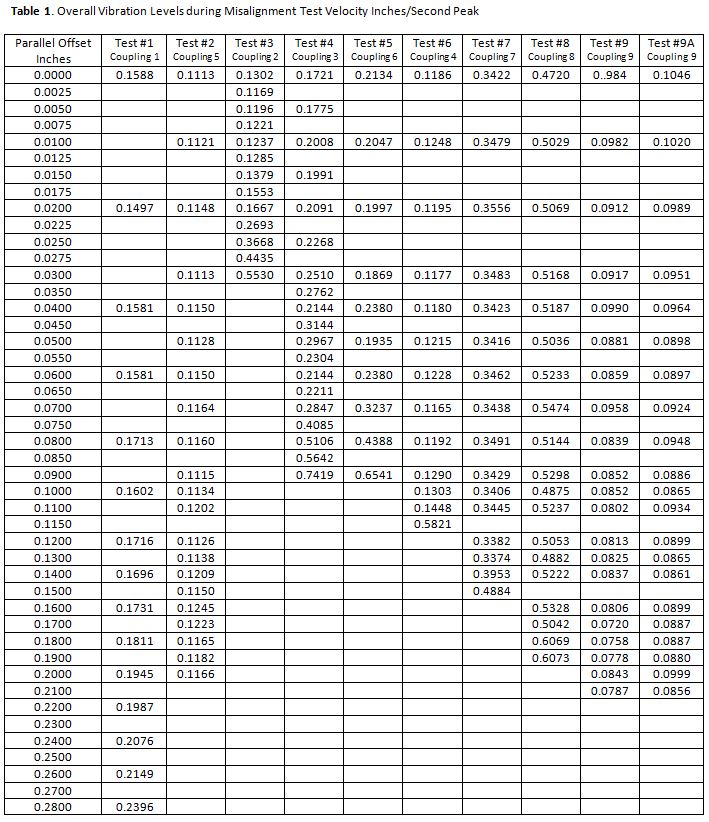 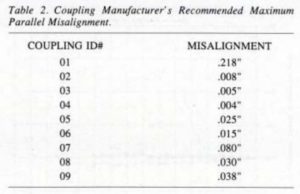 The vibration-amplitude versus frequency-spectrum plots recorded during each coupling misalignment test and the coupling picture are alternately presented in Fig. 5-22. 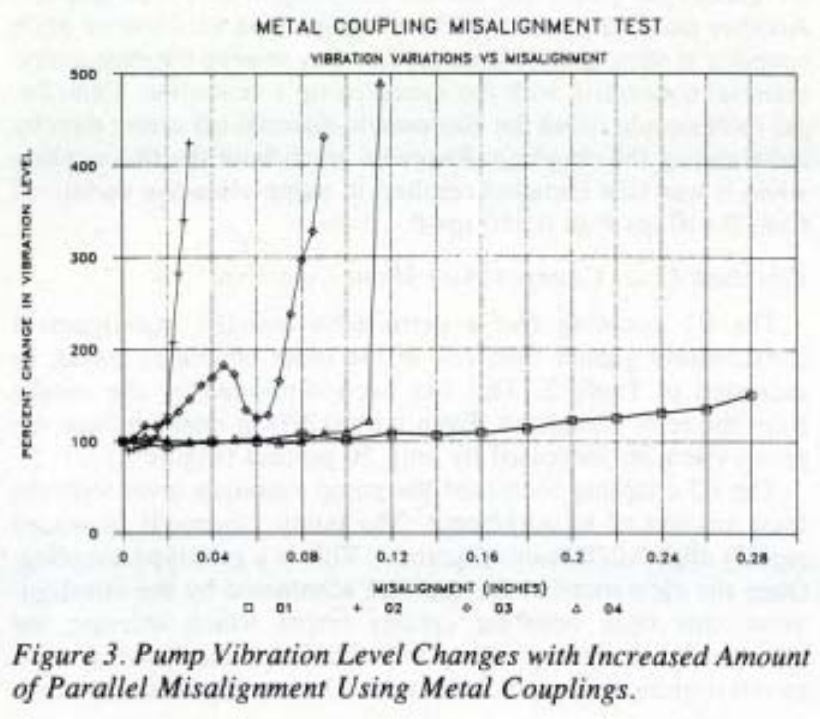 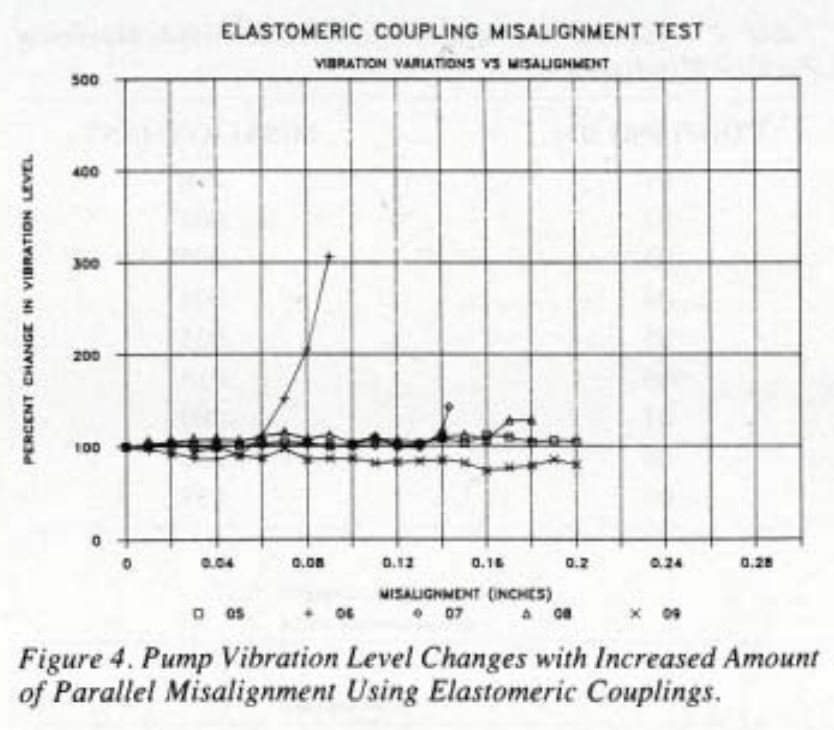 The metal couplings tested generally exhibited a lower initial pump vibration level than the elastomeric type couplings. Two reasonable causes can be cited. As discussed previously, the balance of the coupling is one possible cause. Coupling manufacturers do not dynamically balance each coupling they manufacture. The larger the coupling and the more as cast surfaces, the greater the possibility for the coupling to be out of balance. Another possible cause could be that once an elastomeric style coupling is started, there is no precise way to keep the elastomeric material concentric with the motor/pump’s center line. Centrifugal forces could move the elastomeric material off center thereby unbalancing the coupling. Repeated starts with the 06 coupling when it was first installed resulted in pump vibration variations from 0.450 ips-P to 0.55 ips-P.

The 01 coupling has a permissible parallel misalignment considerably greater than any of the other couplings tested, as indicated in Table 2. This has been supported by the results from the tests conducted. Even with 0.280 in misalignment the pump vibration increased by only 50 percent (Fig. 3).

The 04 coupling did not cause pump vibration levels to increase until a mechanical interference occurred on the coupling. The pump vibration increased rapidly (Table 1) at 0.115 in misalignment because its assembly bolts were hitting its hubs. If the assembly bolts were shortened the interference would not exist and the motor could have been misaligned further. However, it was advised that the amount of misalignment already obtained during this test caused deflections which exceeded the material limits of the discs of this coupling. 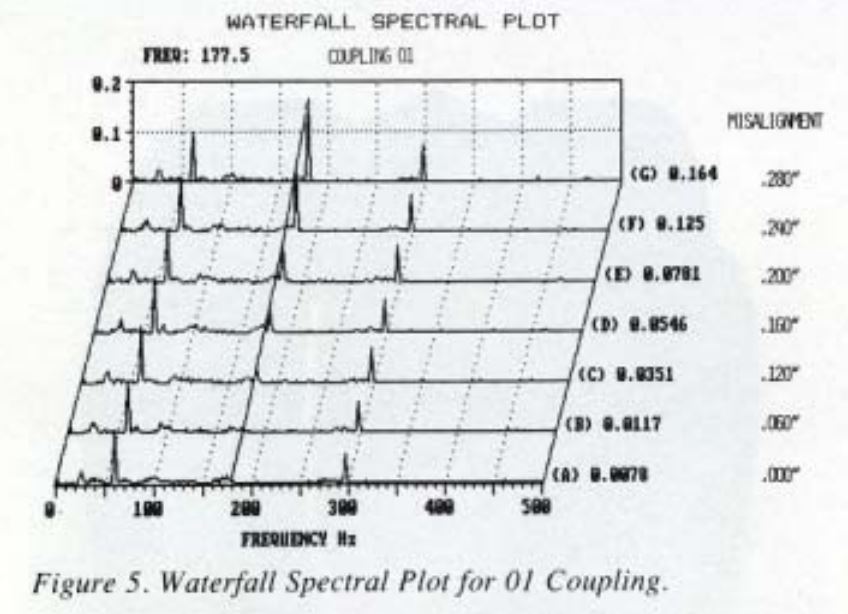 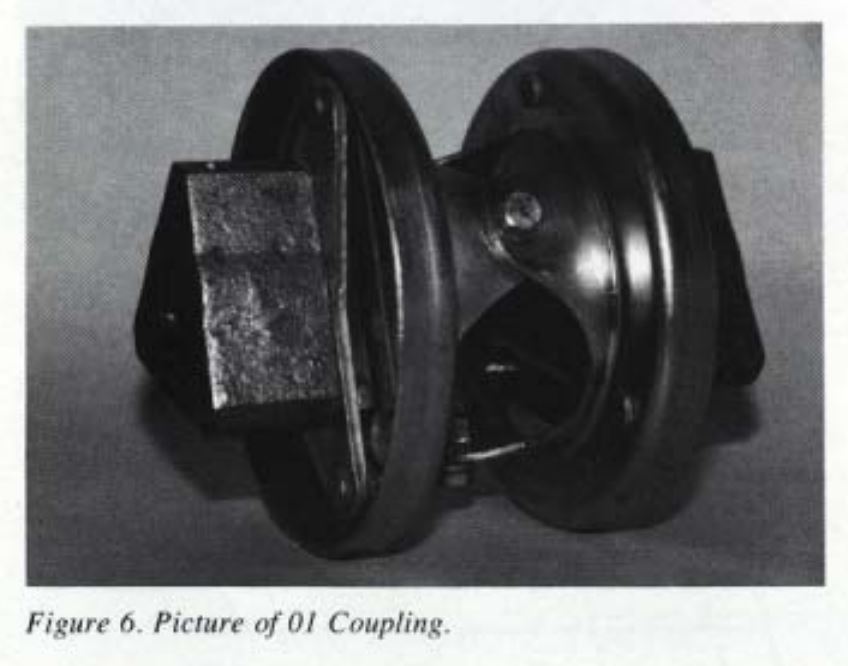 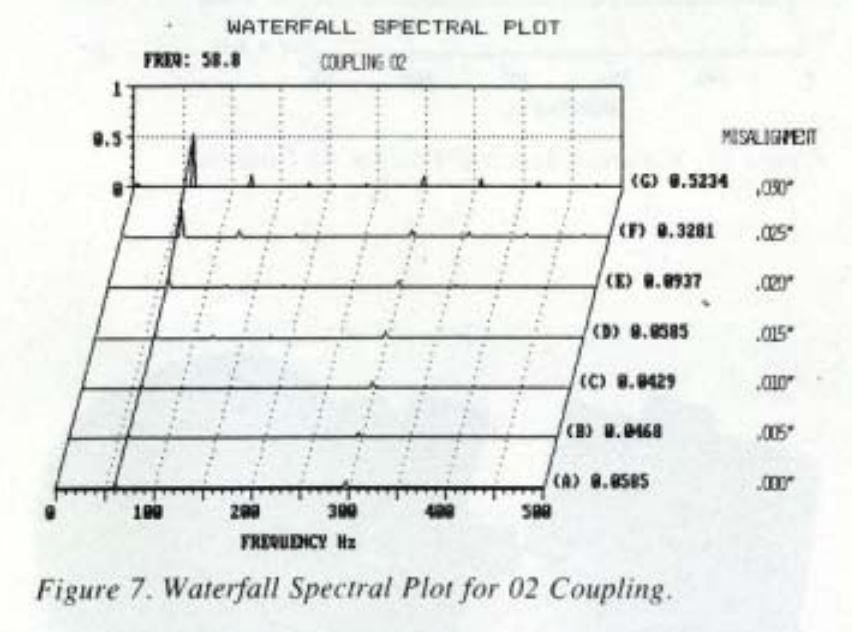 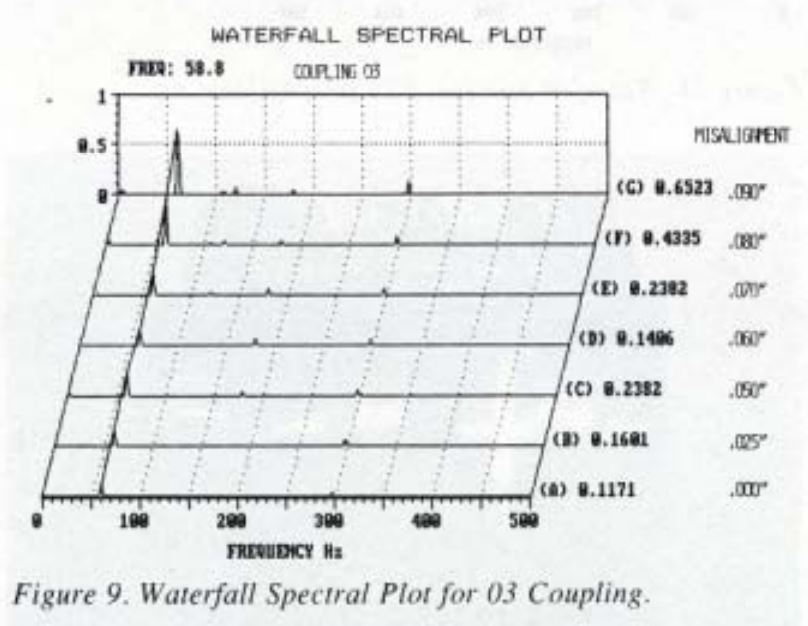 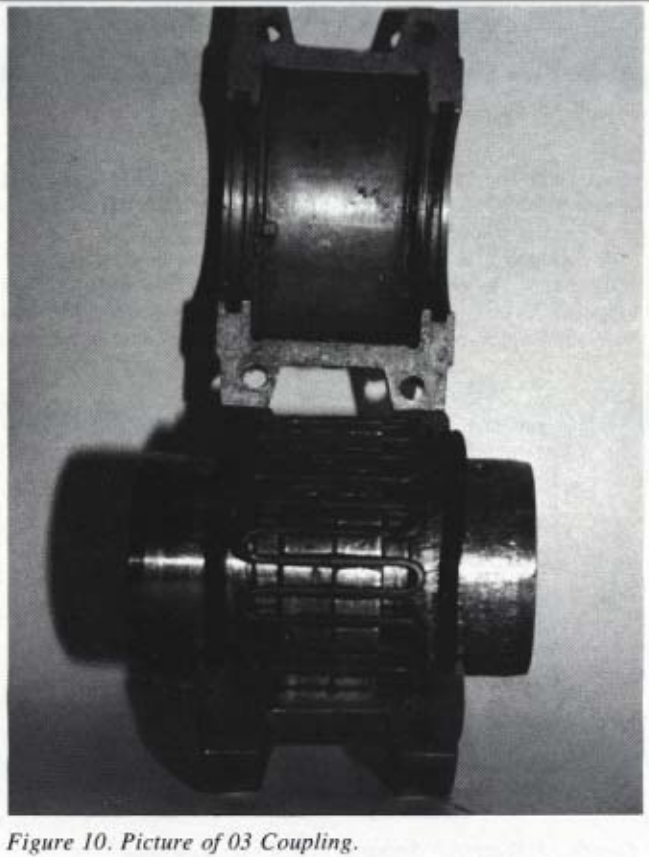 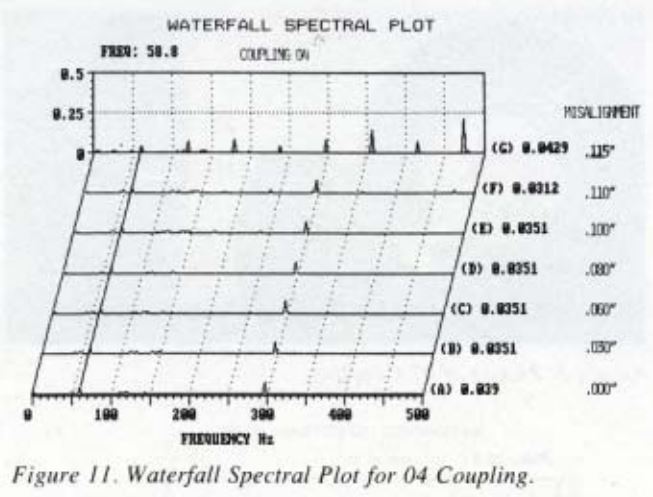 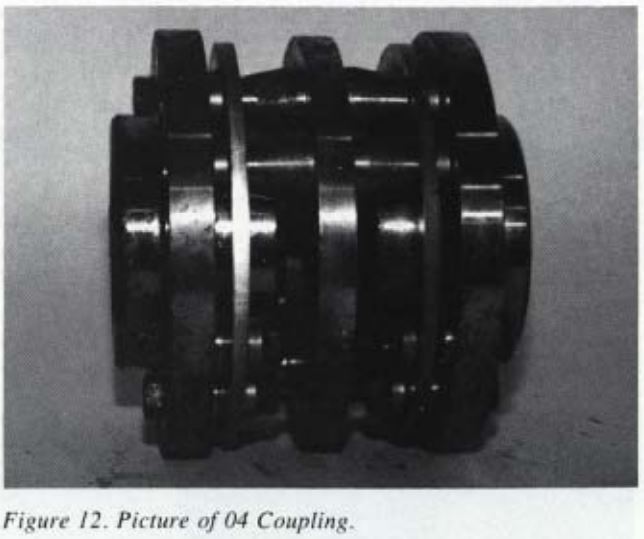 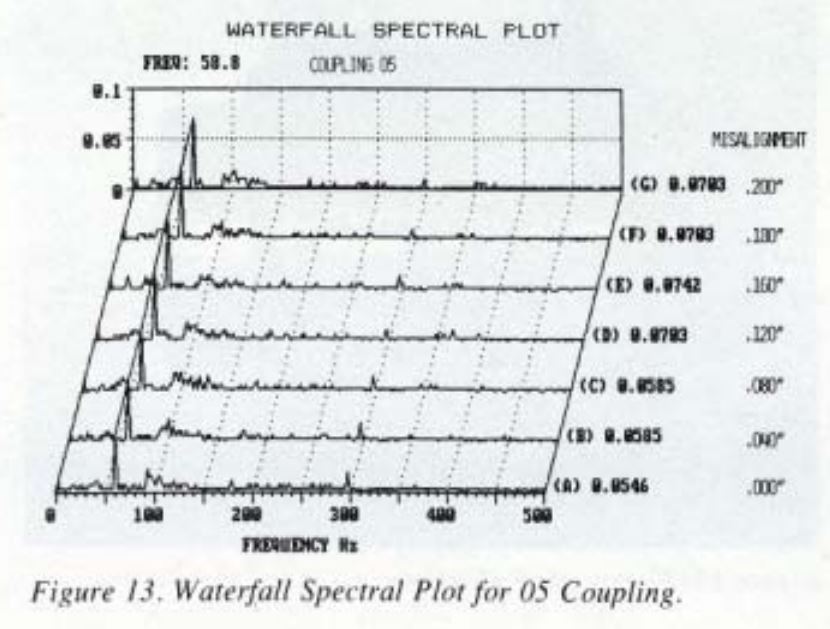 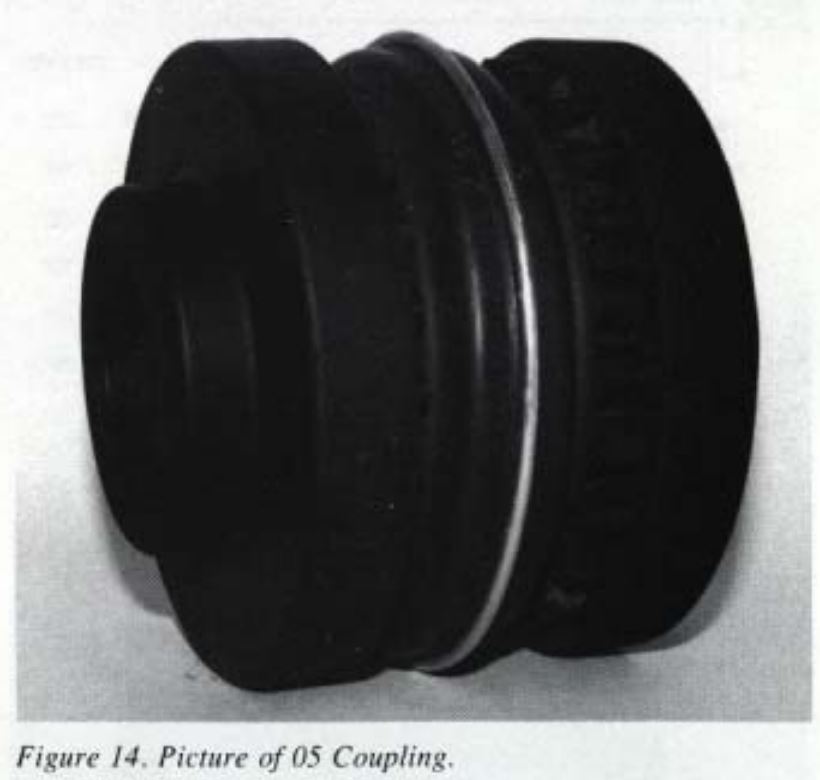 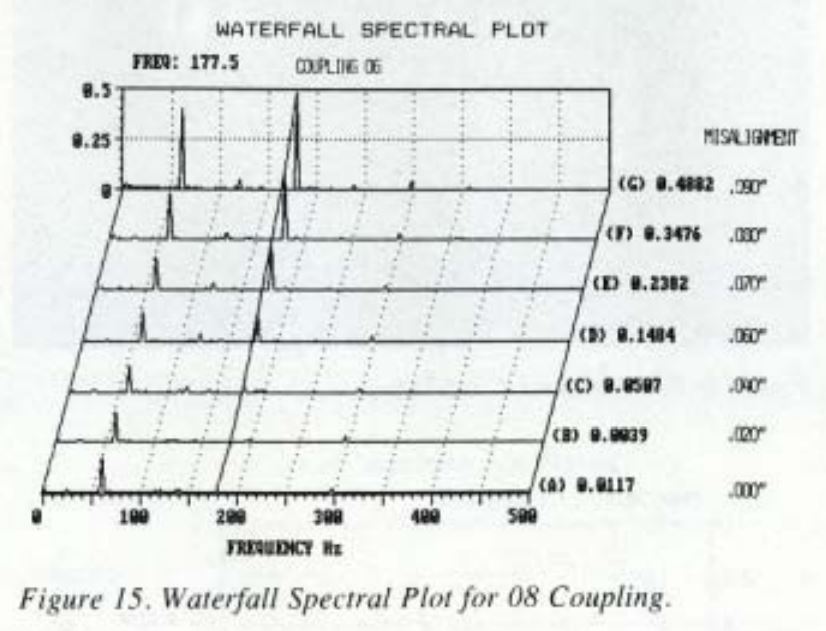 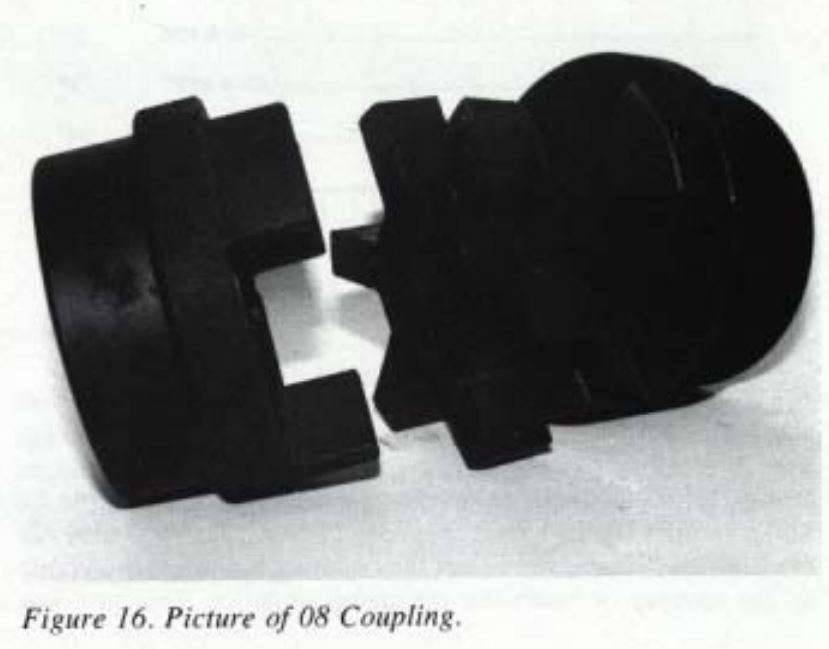 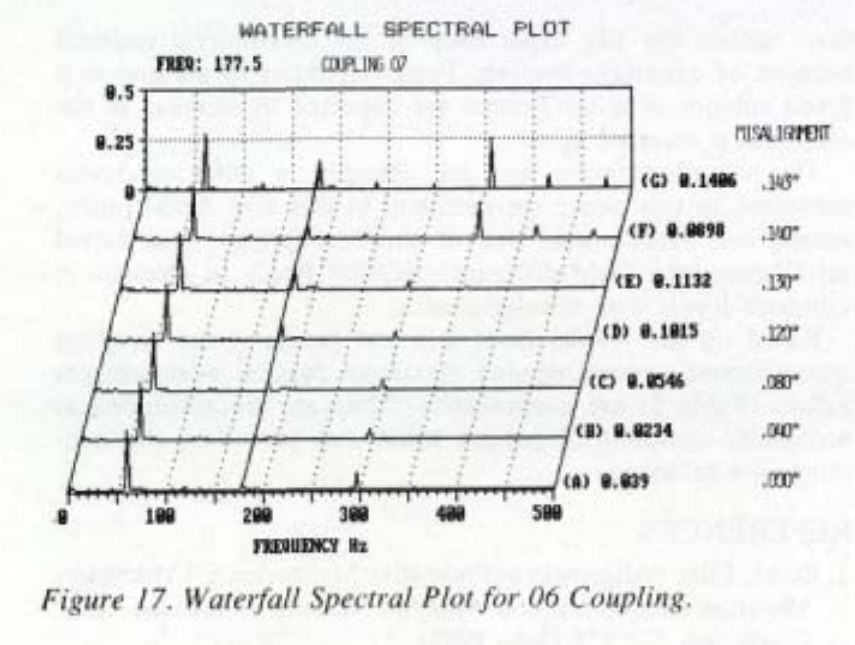 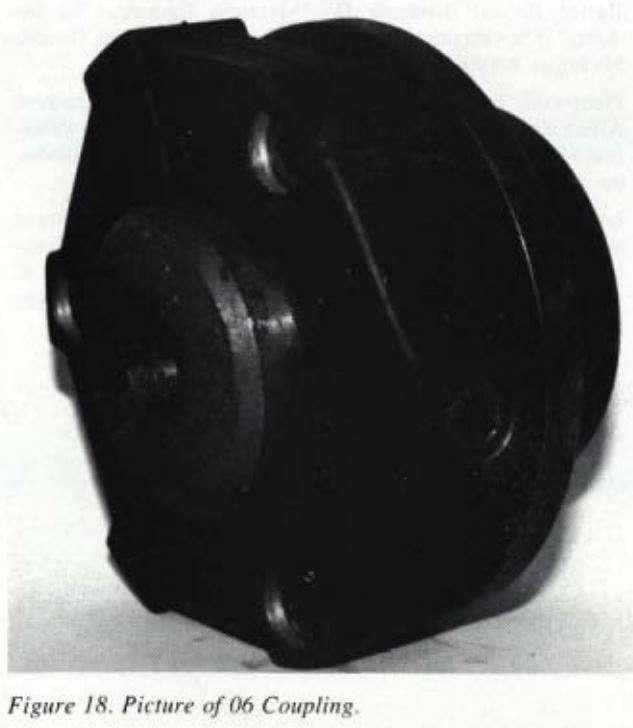 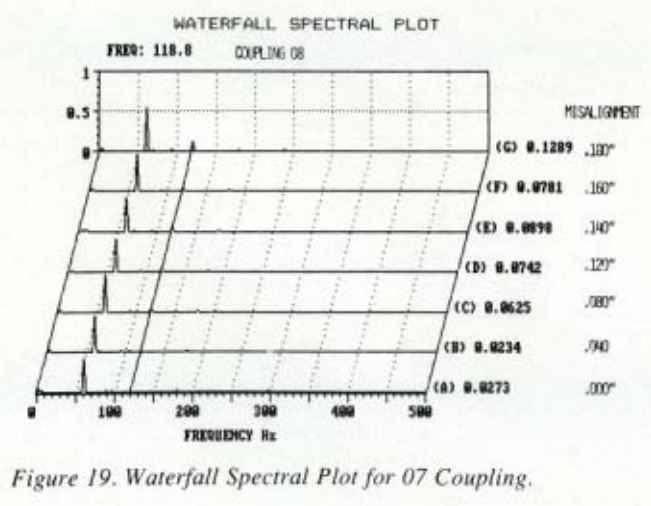 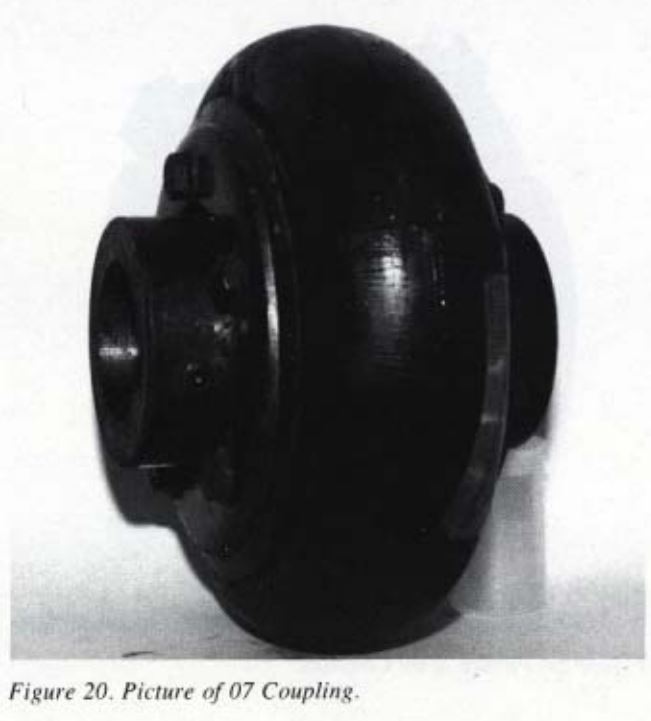 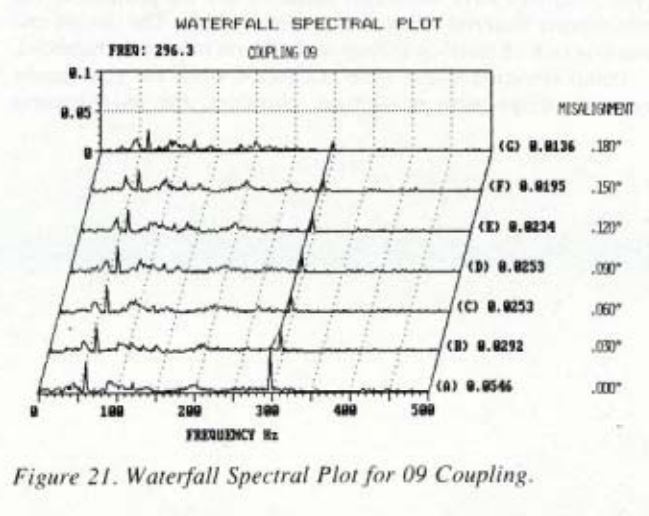 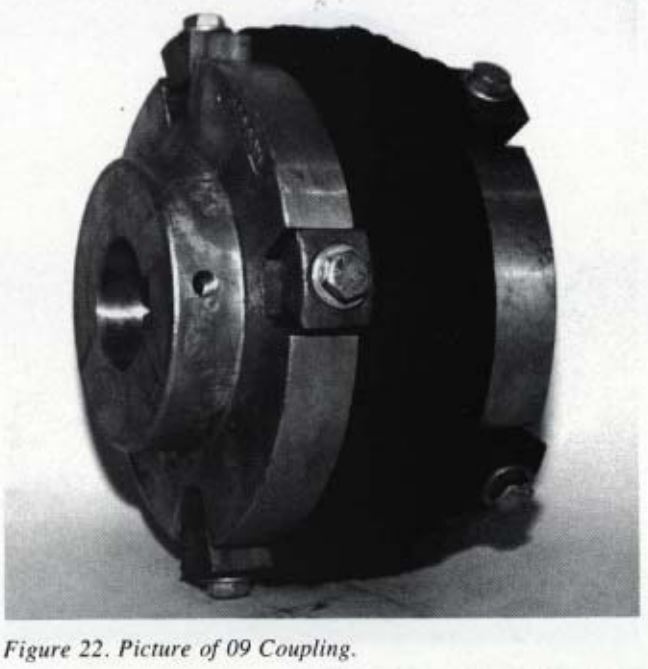 The intent of this presentation is to publish the test results that the author believes are important to the industries that use pumps, motors and couplings. There are no recommendations, direct or implied, of one coupling type or manufacturer over another.

Conclusion and Summary of Results

Based on the results from this test program, the coupling manufacturer’s recommend maximum parallel misalignment values (Table 2) are conservative. They are recommended as acceptable coupling alignment tolerances providing the couplings are balanced. 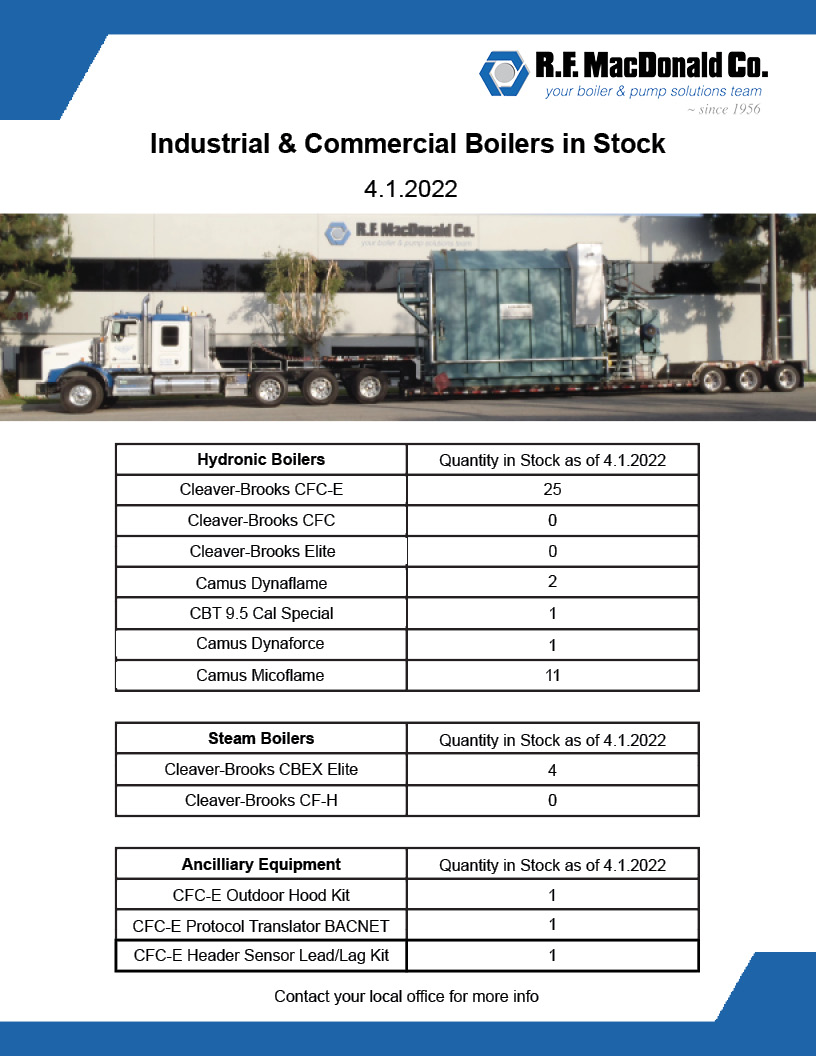 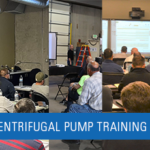 RFMCO Is Hosting Its Final Centrifugal Pump Training Class for 2022 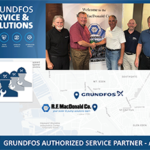 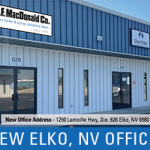 After 66 years of serving the Elko region